Summary: Global warming due to increasing greenhouse gas accumulation is considered by many to be among the most serious challenges facing humanity in the coming decades. Crucially, global warming is driven primarily by humanity’s burning of fossil fuels that produce the greenhouse gas carbon dioxide to provide energy.  There are, however, many individuals who deny the menaces posed by global warming, or even more fundamentally, deny that global warming is an actual phenomenon operating on the earth’s climate at all.  Significantly, many of these deniers are in positions wielding considerable political or economic power.  Here we examine some rationales given for the denial of global warming and seek to refute them.
1. “If I can’t feel it, here and now, it must not be happening!”  Some may require that, in order to accept the reality of global warming, they have to experience warmer weather in their localities on a daily basis. Global warming, however, is not a weather phenomenon, but rather a climatic phenomenon.  We experience weather daily and locally where we happen to be, as our television weather experts remind us every evening. 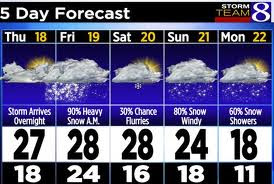